We’re not so different, Aussies and Finns.

Sure, in Australia we reach for the car air conditioning when it’s 30 degrees while you need heating for the car at -30. And that’s even before starting it.

But we share a humour, a camaraderie and a bond that says ’If your life depends on me, you’ll be just fine’.

Down Under, we keep our word, the same as Finns for whom upheld promises are a form of religion.

So it was, on the promise to a Finnish mate, that a group of Aussies, as well as a few Belgian friends, visited Finland in October.

We wanted to experience the northern lights but not the cold (by which we mean anything below 15C).

”Don’t go to Finland,” a Norwegian friend joked. ”All you’ll see is trees.”

She was right. I think we managed to see all 77 billion (a number outlined in the very helpful book Xenophobes Guide to Finland). But who’s counting anyway?

Aurora watchers the world over will attest there’s never a guarantee the Tricky Lady will come out to play.

She did. And she was splendid.

Four nights in six she swirled and danced and draped herself high across the sky as we watched, transfixed; sometimes from outside and shivering beyond words, despite our generous thermal layering, sometimes from the warmth and comfort of our igloo (specifically the motorised bed).

In the end, though, it wouldn’t really have mattered whether we witnessed this spectacle of nature, when what we came away with was a deep and abiding love for Finland and Finns and all things Finnish.

Except salmiakki, which is some kind of poison.

Our journey – which took us to Levi, Rovaniemi, Oulu and of course Helsinki – was born from a profound sadness.

More than a year earlier, a Finnish friend, STT journalist Antti Tiri, had died unexpectedly while on a two-year posting, alongside other Europeans, to Sydney.
His death from an undiagnosed brain tumour threw his grieving friends and colleagues into each other’s arms as we struggled to comprehend the loss of such a beautiful young man.

We spoke with Antti’s family, across time zones and languages, to try to help where we could. And we bonded. A bunch of almost a dozen Finns, Aussies and Belgians.

Then came the promise. We will all meet again in Finland.

First stop Levi, where for a week we made our homes a mix of rustic log cabins and glass igloos, designed for optimum and comfortable viewing, should the Aurora be burning brightly.

It wasn’t the typical winter wonderland of snow that tourists seek out but we didn’t care. (No igloos in Sydney, last I checked.)

We experienced the kind of Finland that only travellers with local hosts are lucky enough to see.

”Our Finns” guided us on long treks through the dramatic wilderness of Levi Fell, the Ice Age walk adding to the sense that much of this incredible land has been untouched for eons.

It really did feel as though the world had stood still here; quietly-running and clear streams, breathtakingly crisp air, unending miles of rocks to pick our way over, and trees lying where they had fallen, heavens knows when. 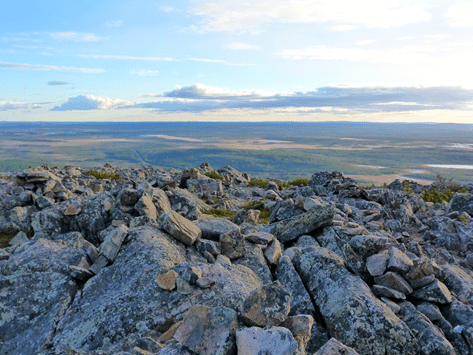 The wilderness of Levi Fell. Photo by Stefanie Van Ryssen

The reward at the end was seeing the lights come on in Levi below, every bit as sparkling and magical as if the village had been blanketed in snow.

It was on these hikes that we learnt how Finns, surely among the hardiest people on the planet, inherently understand survival.

We were shown how to identify berries on the forest floor: cloudberries, lingonberries, crowberries, cranberries, juniper berries and, our favourite, wild blueberries.

We heard the rules of kotas for anyone caught out as the weather closed in: First in, first out, if the hut gets full. (Can’t they just go back in again, though?)

It must be said that kotas are also very satisfying for an enormous cook-up of reindeer sausages and salmon, obtained, using everyday survival skills, from the supermarket.

(The market was also a great source of the previously-unknown licorice yoghurt and, yes, licorice-like and Finn-friendly products involving ammonium chloride.)

With Christmas just weeks away, and Rovaniemi only hours by road, we made a date with The Real Santa. Or so we thought.

Eagerly lining up among every imaginable Yuletide souvenir, we spied another location in the village, also pointing to The Real Santa. Hmm.

Definitely a destination for kids, the delight of a photo with Santa will set you back around €25, while the novelty of arranging a letter from The Man Himself is about €7.50.

Maybe the Other Real Santa was less expensive.

This city right on the Arctic Circle has other attractions too, including the impressive Arktikum Science Museum, where Sami and other Lappish history comes alive and one really does get a sense of survival through the ages.

Next, we were off to Oulu on the spiritual part of our journey, meeting the family of our friend Antti Tiri.

At their woodland home right on the peaceful Bothnian Sea, the Tiris welcomed us with open arms and, in what we have come to know as true Finnish hospitality, a table abundant with delicious food. 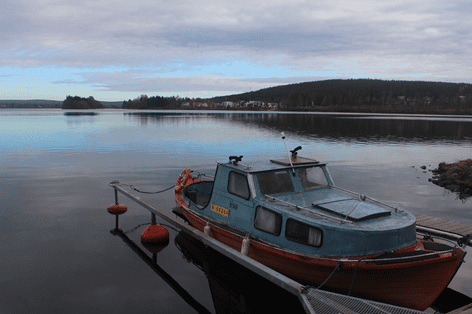 Boat on the Kemijoki river. Photo by Selina Day

Sharing time with this wonderful family, we made an emotional visit to Antti’s grave, his childhood home and the centuries-old church where all his milestones, in life and in death, had been marked.

And we reflected as Mother Nature, not content with simply providing the Aurora Borealis, gave us a richly-coloured sunset over the water, as if to say ”thank you for coming”.

Finally we hit Helsinki, a city of trendy surprises from Kaffecentralen in Kamppi to the uber chic Lilla Roberts Hotel and the recently-opened Allas Sea Pool and Löyly sauna.

This beautifully-constructed sauna by Helsinki harbour, and its heady smell of birch and spruce, reinforced the feeling that, even in the capital city, we remained close to nature. 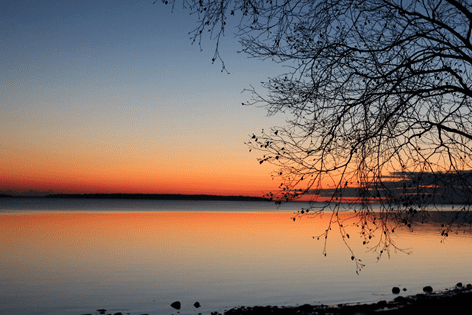 Sunset on the Bothnian Sea. Photo by Selina Day

Sauna culture is to the Finns even more dear than beach culture to the Aussies, so it should not have been surprising to find saunas at every turn. But a sauna car flipping around on the harbour’s ferris wheel is certainly a unique idea.

Before our trip, we had not thought of Helsinki as a foodies’ paradise, but a visit to the bustling Market Square provided a range of pleasures, from reindeer and bear pate to an array of flavour-infused salmon.

Karl Fazer cafe was also on our list, a venue that satisfied our new-found taste for blueberry chocolate, while our last night in Finland was capped off when we stumbled across a big band performing at Cafe Carusel.

We’re worlds apart, Australia and Finland, but we’re really not so different.

Except for the weather.

And salmiakki, which is definitely some kind of poison.

Selina Day is a journalist and News Administration Manager for Australian Associated Press, which hosts STT and 10 other European news agencies in Sydney.
Her trip was at her own expense and she has not been paid to say nice things about Finland. This just came naturally.
And in case the Finnish Tourist Board needs an Aussie advocate.